Being homosexual was once a crime, still is in places. It was considered a deviancy, a wrongness, and had to be stamped out. Ask Oscar Wilde and millions of others. Then Gay people in the more liberal places took a hold of their own fate. They stood tall in the public square and primarily identified themselves as proudly Gay.  Funny thing, no harm done, the world didn't end, people still went shopping, and indeed the world seems brighter as a result of those brave souls.

What's that got to do with anything? There are some people who primarily identify themselves as gun owners, it's who they are. They join organizations and seem to have decided that everyone who isn't a gun owner is out to get them, take their freedom away. And it's kind of tragic to watch the twists and turns around what to do while everyone waits for another community to be ripped apart by another mass shooting. Mind you, the same the whole world over, guns are no substitute for balls.
Posted by Tim Candler at 3:08 PM No comments:

It was some while ago the Cherry Laurels began to suffer. A cruel winter, which had included an arctic episode that had required everyone to rush outside to either blow soap bubbles into the air to watch them freeze or to risk serious third degree burns by throwing buckets of boiling water into the air to watch it turn to ice before it hit the ground. As that winter drew toward spring it was clear that glossy green leaves of Cherry Laurel had taken a turn to that brittle brown, and yet in the heart of the plants there was hope, with good rain and warmth they'd shrug this off in plenty of time for the bloom of Day Lilies.

Well today was chain saw day for the Cherry Laurels, and being is heavy with the burden of loss. There's a chance. A few scruffy, thinner branches might develop stubbornness, but probably not.  My own aches and pains from the exertion are well deserved. When I go back to seeing all twelve of them in their nursery, I wondered. Too hot and often too dry in summer, too cold in winter. "Not at all," the nursery man replied. But you get this sudden trust around want and to hell with the misery it might cause. For fourteen years the Cherry Laurels always bloomed twice, above and beyond their normal calling, but never once did they fruit..
Posted by Tim Candler at 12:49 PM No comments: 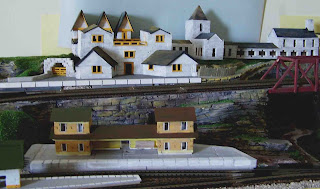 Years ago when I was maybe 52 years of age I'd hear the expression "Senior Moment." I knew exactly what it meant. The mind just goes blank, time stops, then there's a sort of blink, a moment or two of wondering where the body might actually be, and naturally there is an awkwardness. It had been happening to me for probably twenty years, possibly forty years, no big deal. What I hadn't realized in those happier days of vibrancy was that senior moments come in grades of ordinary, less ordinary and extraordinary. And I can tell you this much, when you forget who Paul Ryan is and follow up by forgetting who Robert Swan Mueller might be it's definitely an Extraordinary Senior Moment, which leaves you feeling really quite excited about the final frontier of senior moments which would be to completely forget the last two years and linger on in a truly senior condition until maybe 2020, wake up like Sleeping Beauty or was it Rapunzel, refreshed and eager.

Which brings me to the arguments for and against eating more than one meal a day. The brain I am told needs nourishment to keep it sparkly and reasonably present in the world. At a certain age, the one evening meal a day regimen just doesn't cut it brain-wise. The cantankerous little thing needs a more regular source of contentment otherwise it does things like forgetting the name of that plant that has for years lived by the Compost Pile, blooms purple in late spring and is far too easy to step on during moments of high tension. And here in a most uncharacteristic manner I have followed the advice of the sages and have for the last week or so endured the novelty of eating food around lunch time and then again at the regular time around supper, and yet again around one o'clock in the morning. The new routine is fairly exhausting, yet on the positive side the brain may be benefiting, but this does reduce the potential for any of blessings senior moments might send my way.
Posted by Tim Candler at 1:17 PM No comments: 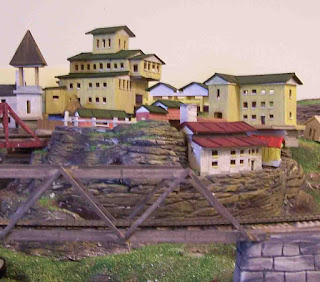 Still February, feels like parts of January, a little bit of March and some April. And while the cold in bits of December and most of January retarded the ground covers, gave the Oats a shave with their maker, there is now an abundance of green stuff in the vegetable beds just waiting to be either mowed and abandoned or turned into green manure. Sadly it's been flood, and I'm not complaining or moaning or blaming an absurd President, I'm just saying the ground is very wet and horrible. It's sodden and oozing, primeval, it has a squelch and parts of it are probably risky to tread upon, has the potential to drown Moles and swallow up a humble gardener. Twenty days to March 17th, and by my estimation a good twelve full days of wholesome digging is required by then, the sort of thing that puts the dour in Lent.

The Artist for her part has been indulging her passion for hydrology, which is an understanding of the relationships between earth's water and earth's land. And everyone knows that each one of us has our own understanding of these relationships, some more eccentric than others. Mine tend toward a more no nonsense, straight line approach to hydrology that includes eschewing anything like mud, staying indoors during rain, going nowhere near running water and I have an allergic reaction to gum-boots. Oddly the Artist saw in these conditions a perfect opportunity to revamp a water feature, or pox infested pond, that has over the years both developed leaks and has become too shallow to protect hibernating Amphibians from the freeze. I was incredibly brave, I assisted in removing a mountain of excess Water Lilies and a great many parts of dead Frog that give a whole new meaning to limp handshake.
Posted by Tim Candler at 11:29 AM No comments: